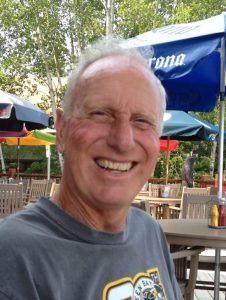 There will be a memorial service on April 9th at 11 a.m. at the American Lutheran Church in Gaylord with visitation one hour prior to the service at church. Burial in the city cemetery in Gaylord.

He was born on July 30, 1944 in Gaylord, where he spent his entire life. He was the son of Everil “Evy” Reimer and Florine (Walter) Reimer.

He received his education at Gaylord High School and graduated in 1962. Then went into the well drilling business, started by his father, and ran Reimer Well Company until his retirement on January 1, 2010 at the age of 65. He was a lifelong member of the Minnesota Water Well Association and served a four-year term on the board of directors. He also was a member of the Gaylord Game Protective League and served 2 four-year terms on the board of directors. He became a charter member of the American Lutheran Church formed in 1964 and served numerous positions over the years.

He married Marcia Quast on May 16, 1964. They had twins Daniel and Douglas, twins Keith and Krisiti and Larry. They later divorced. He married Linda (Kuelbs) Janke on May 28th, 1976 and started their blended family with Linda’s daughter Nadine (Dede), and Eddie’s children Doug, Dan, Kristi and Larry.

Eddie enjoyed being outdoors, walking, fishing, snowmobiling, motorcycling and just sitting quietly in the great outdoors and enjoying nature. Indoors he liked to read, listen to many types of music, especially piano and playing types of games with Linda and their friends. His favorite games were “500” and “Pfeffer.” He really liked “running around” doing things with Linda and being with his children, grandchildren and great grandchildren.

Eddie was preceded in death by his son, Keith Reimerr; parents, Everil and Florine Reimer; sister, Joyce Perrault and her husband Charles; brother Everil (Bobby) Reimer and his father- and mother-in-law, James and Juanita Kuelbs.