Adelsen officiated.
Marlin Henry Grack was born on July 5, 1950, in Glencoe. He was the son of Halbert and Edna (Grochow) Grack. Marlin was baptized as an infant by Pastor Streufert on July 23, 1950 at First Evangelical Lutheran Church in Glencoe. He was later confirmed in his faith as a youth by Pastor Marquaret on April 15, 1962, at Immanuel Lutheran Church in Gaylord. Marlin received his education in Gaylord and was a graduate of the Gaylord High School in the class of 1968.
On June 9, 1973, Marlin was united in marriage to Cherrie Lynn Vollmer at First Evangelical Lutheran Church in Glencoe by Pastor Castens. They made their home in Glencoe. Their marriage was blessed with two daughters, Carrie and Melanie. Marlin and Cherrie shared over 47 years of marriage together.
Marlin worked at Seneca for some time. He moved on to work at Glencoe Manufacturing, where he was employed as a sheet metal fabricator in Glencoe. Marlin continued fabricating with Spuhl Anderson Manufacturing in Chaska and later at Sackett Waconia in Waconia.
Marlin enjoyed bowling, playing sheepshead, fishing, and gardening. He loved spending time with his grandkids. And, when a farmer needed a helping hand, Marlin was first in line.
Marlin is survived by his wife, Cherrie of Glencoe; daughters, Carrie Jo Donnay and her husband, Leonard, of Glencoe, Melanie Beth Grack, of Glencoe; grandchildren, Connor and Chloe Donnay of Glencoe; siblings, Sharon Pomplun and her husband, Richard of Gaylord, Orlin Grack and his wife, Mavis of Gaylord, Helen Lhotka of Silver Lake, Jolene Spaude and her husband, Don of Yuma, AZ; sisters-in-law, Karen Grack of Gaylord, Linda Grack and her special friend, Rob of Le Seuer, Bev Fritsch and her husband, Mark of Hutchinson; brother-in-law, Ron Geislinger of Watkins; nieces, nephews, other relatives and many friends.
Marlin was preceded in death by his parents, Halbert and Edna Grack; father and mother-in-law, Alwin and Toots Vollmer; brothers, Dennis Grack, Howard Grack, Jerry Grack; brother-in-law, George Lhotka; sister-in-law, Glo Geislinger. 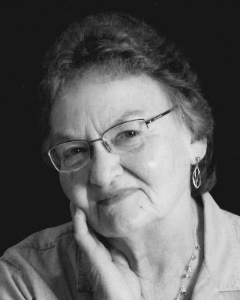