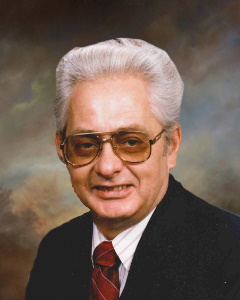 Roger Carl Pomplun was born on October 16, 1938, at home in Arlington Township, Sibley County. He was the son of Edward and Ella (Oldenburg) Pomplun. Roger was baptized as an infant on November 13, 1938, and later was confirmed in his faith as a youth on April 6, 1952, both at St. Paul’s Lutheran Church in Gaylord. He received his education in Gaylord. Roger grew up outside of Gaylord on a farm. He entered active military service in the United States Army in November 1961, serving his country in Colorado and Oklahoma. Roger received an honorable discharge in November 1963.

Roger worked at Farmhand in Green Isle, laid tile in farmland, worked at the Coast-to-Coast Store in Gaylord, retread tires for 18 years and worked part time at Menards in Hutchinson for 11 years. He was a lifelong member of St. Paul’s Lutheran Church in Gaylord. As his ministry to the church, Roger served on the church council, was an usher and greeter. He was a member of the Manthey-Asmus American Legion Post #433 in Gaylord and the Senior Citizens in Winthrop.

Roger loved helping farmers in the field and milking cows, hunting (deer, pheasants and squirrels), gardening, playing cards, card clubs and traveling. Roger also enjoyed woodworking, working in his garage, listening to old time music and dancing to waltzes. Family was very important to him and he especially treasured spending holidays with them.