Michael Miller, age 59, of South Haven, passed away Wednesday, April 14, 2021, at North Memorial Hospital in Robbinsdale. Memorial Service was held on Saturday, April 24, 2021, at American Lutheran Church in Gaylord with interment in Butterfield Cemetery in Butterfield, at a later 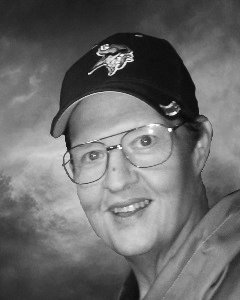 date. The Rev. Paul Kratzke officiated.
Michael “Spike” Alvin Miller was born on June 7, 1961, in Pipestone, Minnesota. He was the son of Roger and Ronna (Lubenow) Miller. Michael was baptized as an infant and was later confirmed in his faith as a youth in the Lutheran faith. He grew up in Stewart and Gaylord. After graduation in 1979, he went to Brainerd Vocational School. His first job was at Burger Brothers in Edina, then to Gander Mountain for many years, taking him to Bemidji, St. Cloud, Woodbury and Ohio. He was a fishing guide at Bristol Bay Lodge in Alaska for three summers. His next and last job was in Prescott, Wisconsin, where he was a store manager for Tractor Supply.
His passion was hunting and fishing–anywhere and anytime. It took him to many states, Canada, Alaska and Argentina. He loved to travel and he enjoyed music and getting together with his many friends. Michael was an avid Minnesota Twins and Viking fan. He took many of the Twin players on fishing outings.
Michael is survived by his mother, Ronna Miller of South Haven; sisters, Michelle Feeley and her husband, Albert III of Tarboro, NC, and Melissa Miller and her significant other, Eric Van Buren of Truman; nephew, Greyson Miller; aunts, Ordell Klucas of Buffalo Lake, and Beverly Phifer of Glencoe; uncle, Virgil Freitag of Butterfield; great uncle, Leroy Gehrke of Hutchinson; many friends and other relatives.
Michael was preceded in death by his father, Roger Miller; grandparents, Ike and Beatrice Lubenow, Benjamin and Mabel Miller; step grandfather, Chris Knutsen; aunt, Carol Freitag.
Arrangements by Egesdal Funeral Home in Gaylord, Minnesota. Online obituaries and guest book available at www.hantge.com