Raymond William Wibstad, Jr. age 73 of Nicollet died unexpectedly at Mayo Clinic Health System in Mankato on Thursday, April 23, 2020.
A celebration of Ray’s life will be held from 1-4 p.m, Saturday, May 22, 2021 at the Eagle Lake American Legion. To pay tribute to Ray and his classic car passion, you are welcome, if weather permits, to bring your classic car. Face masks are encouraged. 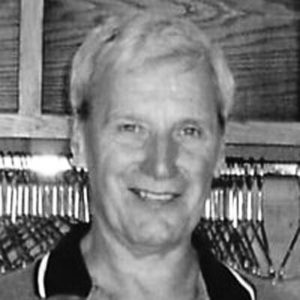 Raymond was born December 21, 1946 in Brandon, Minnesota to Raymond William and Lois June (Moyer) Wibstad. After graduating from Gaylord High School in 1965, he entered the US Navy and served his country as a Naval Technician. After his honorable discharge in 1970, Raymond pursued his interest in auto body at Mankato Technical College.
On March 14, 1975, Raymond was united in marriage to Katherine L. “Katie” Baynes in South Dakota and made their home in Gaylord. They later moved to Lake Crystal, where they raised their two children, Nathan and Amanda.
Raymond worked for Jerry’s Body Shop in Mankato, Schmidt’s Body Shop in Gaylord, and later retired from Crysteel Distributing in Lake Crystal.
On July 21, 2001, Raymond married Peggy DeVlaeminck Schutte and made their home in Nicollet.
Ray was a current member of Bethlehem Lutheran Church and previously attended Our Saviour’s Lutheran Church and Holy Rosary. Ray was active in the Nicollet Lions Club. Ray was able to continue his auto body passion by painting, rebuilding and refinishing cars. He entered several car shows and was pleasantly excited when he brought home a win. He spent time snowmobiling, hanging out with his car buddies, and adored his time with his grandchildren. Raymond was obsessed with western movies, especially ones featuring John Wayne. Raymond and Peggy started out most days watching a Bonanza episode.
Raymond is survived by his wife, Peggy of Nicollet; son, Nathan Wibstad and his wife, Gina; two granddaughters, Madelyn and Kaylen; three stepchildren, Kevin Schutte and his friend, Jen of Shorewood, Darin Schutte of Mankato, Jenna Schutte of North Mankato; many step-grandchildren; brother, Leland Wibstad of Nisswa; sister Nancy Couden and her husband, Ryan of Lake Crystal; many nieces and nephews.
Raymond was preceded in death by his parents, Raymond Wibstad and Lois Wibstad-Tolzmann; first wife, Katie in 1998; daughter, Amanda in 1996; and brother, Ron Wibstad in 2019.