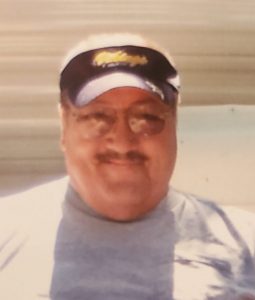 James J. Von Eschen, age 83, of Arlington died on Tuesday, June 15, 2021 at the Sibley Medical Center in Arlington. A memorial service will be held on Friday, June 25, 2021 at 1 p.m. at Immanuel Lutheran Church in Gaylord. Visitation will be at the church from 11 a.m. to 1 p.m. Following the service, there will be a luncheon at the church followed by the interment with military honors at the Arlington Public Cemetery, Arlington.
Jim was born on February 18, 1938 in Arlington Township to Gilbert and Helen (Henke) Von Eschen. He was baptized on February 27, 1938 and confirmed on April 6, 1952 at St. Paul’s Lutheran Church in Arlington. He grew up in Arlington and graduated from Arlington High School in 1956. Following high school, he served in the U.S. Army Reserve. He worked a short time at the Sibley County Courthouse in Gaylord and owned and operated the feed mill in Arlington before embarking on a long career as a machinist at Eaton Corporation in Eden Prairie. When he retired from Eaton, he worked part-time for the Hutchinson Coop doing something he truly enjoyed: driving. He was a long-time member of the Arlington Baseball Association and served on the State Baseball Board. As an avid baseball enthusiast, he was recognized and inducted into the Arlington A’s Hall of Fame in 2002. He was also a member of the American Legion and Immanuel Lutheran Church in Gaylord. In retirement, Jim enjoyed playing cards, various games and putting together a jigsaw puzzle (or 120).
He is survived by his children, Mark (Cindy) Von Eschen of Savage, Matthew “Matt” (Kristin) Von Eschen of Shakopee, and Mary (Steve) Goetsch of Gaylord; six grandchildren, Ashley (Kevin) Smart, Amber (Josh) Wacker, Erik Goetsch and fiancée Kaitlyn Braun, Kyle Goetsch and significant other Melaina Helmin, Luke Von Eschen and Lauren Von Eschen; three great-grandchildren, Cayden Smart, Colette Smart and Caia Smart; siblings, Glen “Corky” (Kathy) Von Eschen, Betty Peterson, and Tom Von Eschen. He is also survived by many nieces and nephews.
He is preceded in death by his parents; sister, Janet McLain; brothers-in-law, Charles Peterson and Robert McLain.