Robert “Bob” Lee Doering passed away peacefully after a lengthy and courageous battle with cancer, surrounded by his beloved family, on Saturday, July 10, 2021 at the age of 82. Funeral services will be on Tuesday, July 27, 2021, 11 a.m. at St. Anne’s Church in Le 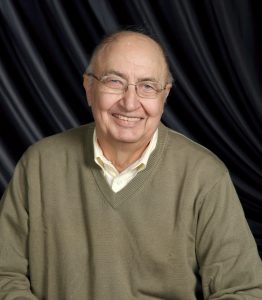 Sueur, MN. Visitation will be at the church that morning from 9:30 a.m. to 11 a.m. Burial will be at St. Anne’s Cemetery in Le Sueur with Military Honors. Fr. Chris Shofner will officiate the services.
Bob was born on November 10, 1938 to Lenhard and Lenetta (Krecklau) Doering and raised on their family farm in Gaylord. He grew up with an uncompromising work ethic, attending Immanuel Lutheran School and later graduating from Gaylord High School. After completing high school, Bob served his country active duty in the United States Air Force while stationed at several locations, including overseas in Morocco.
Following his service, Bob attended Mankato State University where he received a Bachelor of Arts in Accounting degree in 1965 and went on to earn a Master of Arts with Honors in 1976. It was in Mankato that Bob met his future wife of 57 years, Delores Tatarek of Wells. They were married at St. John the Baptist Catholic Church in Mankato on February 1, 1964.
Bob and Delores moved to Le Sueur, where they raised their three sons, Brent, Craig and Ryan. Bob was employed by the Green Giant Company for 17 years and then went on to become the Community Services Controller for Olmsted County in Rochester, serving at that position for nearly 25 years.
Bob was an avid outdoorsman with a love for fishing, hunting, and camping with his family. He enjoyed coaching youth sports in which his sons participated such as little league baseball, flag football, and basketball. Bob was a champion trap shooter, golfer, birdwatcher, and voracious reader. He loved playing cards and won multiple fantasy football championships. Bob was a loving and devoted husband, a selfless father, and an adoring grandfather.
He is survived by his wife Delores; sons, Brent Doering, Craig Doering, and Ryan (Jennifer) Doering; granddaughter, Ava Doering (“his #1”); sister, Alice (Kenneth) Ellig and brother-in-law, Donald Berndtson.
He is preceded in death by his parents; brother, LeRoy Doering and sister, Shirley Berndtson.