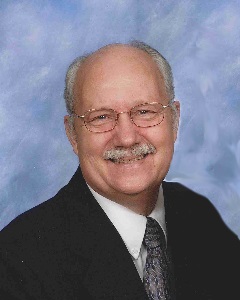 , of Gaylord passed away July 1, 2021, at his home in Gaylord. Funeral Service was held on Tuesday, July 6, 2021, 11:00 A.M. at Norwegian Grove Lutheran Church, Sibley Township, Sibley County, Minnesota, with interment in the church cemetery.
Pastor Kyle Madson officiated.
David Dennis Laabs was born on February 26, 1944, in Le Sueur, Minnesota. He was the son of Daniel and Elna (Arndt) Laabs. David was baptized as an infant and was later confirmed in his faith as a youth. He received his education in Le Sueur and was a graduate of the Le Sueur High School. David furthered his education at Hennepin Technical College in Minneapolis for architectural drafting.
David served his country in the United States Army Reserves.
On April 16, 1966, David was united in marriage to Diane Johnson in Norseland. After their marriage, the couple resided in Waconia. In 1992, they moved to Gaylord. He was the owner/operator of Laabs Construction in the Waconia area. David and Diane were blessed with three children, Brian, Gary, and Brenda. David and Diane shared 55 years of marriage.
David was a member of Norwegian Grove Lutheran Church in Sibley Township and was currently serving as a Deacon.
David enjoyed machinist work, cars, shop work, and their card group in Waconia. He cherished the time he spent with his family, especially his children and grandchildren.
David passed away on Thursday, July 1, 2021, at his home in Gaylord at the age of 77 years. Blessed be his memory.
David is survived by his wife, Diane Laabs of Gaylord; children, Brian Laabs and his wife, Jill of Inver Grove Heights, Gary Laabs and his wife Kerre of Waddell, AZ, and Brenda Walker of Gaylord; grandchildren, Karl Laabs, Ryan Walker, Katelyn Laabs, Zachary Walker, McKenna Walker, and Amelia Laabs; mother-in-law, Mildred Johnson of Gaylord; other relatives and friends.
David was preceded in death by his parents, Daniel and Elna Laabs; brother, Donald Laabs; father-in-law, Karl Johnson; and grandson, Jacob Walker.