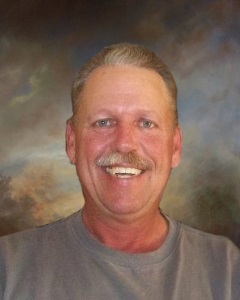 Michael “Mike” Pomplun, age 61, of Gaylord, passed away Saturday, July 31, 2021, at his son’s (Rob) home in Arlington. Memorial Service was held Thursday, August 5, 2021, 1:00 P.M. at Egesdal Funeral Home in Gaylord. Pastor Scott Richards officiated.
Michael Erwin Pomplun was born on March 1, 1960, in Glencoe, Minnesota. He was the son of Erwin and Bernice (Templin) Pomplun. Mike was baptized as an infant and was later confirmed in his faith as a youth, both at St. Paul’s Lutheran Church in Gaylord. He received his education in Gaylord and was a graduate of the Gaylord High School Class of 1978. He was a resident of Gaylord his entire life.
Mike served his country in the United States Army Reserves.
Mike was employed in construction and excavating as a heavy equipment operator. He was very handy, a hard worker and never missed a day of work.
Mike enjoyed fishing, hunting deer, pheasant and bear. He had a love for animals. Michael enjoyed being up North, fishing and sitting by the campfire with his family.
Mike is survived by his sons, Justin Pomplun and his significant other, Gwen Roiger of New Ulm, and Robin Pomplun of Arlington; four grandchildren, Adrian Pomplun, Andrew Pomplun, Gavin Pomplun, Jackson Pomplun; father, Erwin Pomplun of Gaylord; sisters, Debbie (Tom) Paulson of Eagle Lake, and Cindy Drier of Carver; nephews, Chris Eilrich of Ely, and Nick Eilrich of Mankato; other relatives and friends.
Michael was preceded in death by his mother, Bernice Thompson.